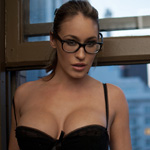 Ryan is awesome. After a day of shooting, we did this set at the very end, in the magic hour when the sun is beginning to dip behind the downtown buildings. Ryan is buddies with an awesome comic book artist and he was cool enough to let us shoot in his loft in downtown LA. He was also cool enough to introduce us to butterscotch root beer, but that’s a different story. The whole loft was decked out with his comic art, and these amazing suits of samurai armor made to look like Batman and Superman. None of this is visible in the pictures, as this is iheartgirls.com, not igetabonerforthedarkknight.com, even though I do. And so does Ryan. Girl boners, deal with it. Anyway, we were fighting the light almost the whole time, but we got some great shots, mostly because Ryan was down for anything. At one point she was hanging more than halfway out the window (does photography insurance cover plummeting?), and was absolutely committed to getting the right shot. Oh, to be a peeping tom that day… It would be like winning the lottery on Christmas. 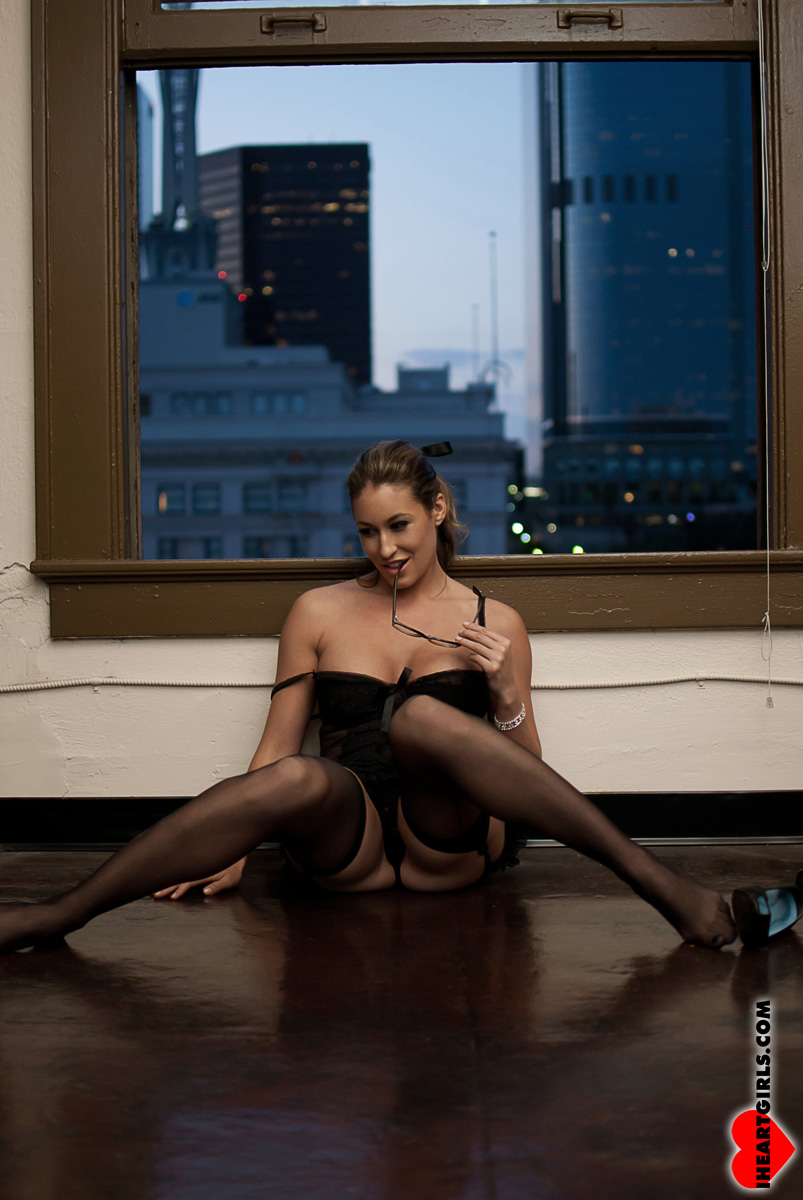